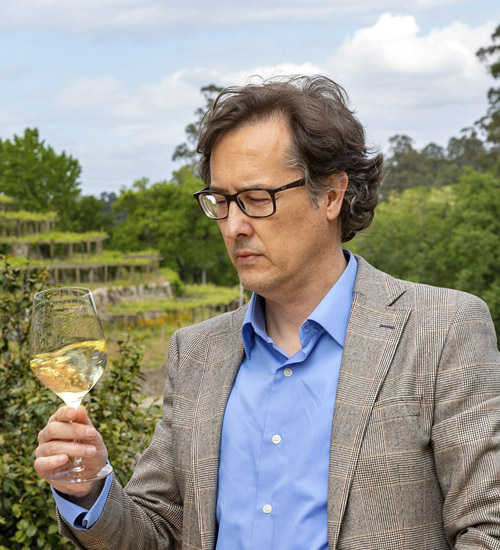 José Masaveu Herrero is the CEO of Masaveu Bodegas and has been in the sector for over 20 years. He highlights his family’s winemaking vocation and the commitment of the group’s five wineries to produce quality products in which the consumer can discover “the terroir in every bottle”. He also emphasizes the care and craftsmanship that the team working in the vineyards devote to achieving the best vintages year after year.

In 1974, under the stewardship of Pedro Masaveu Peterson, the Masaveu family made its first investment in the industry with the purchase of the “Bodegas Murua S.A.” winery, following in the steps of their ancestor, Don Federico Masaveu Rivell, who already owned vineyards in the mid 19th century in Castellar del Vallés (Barcelona), where the family originates from.

It was in 1998, when he took over the helm of the wineries, that José Masaveu Herrero organised, streamlined and started to professionalise their operations. Once again, it was the Masaveu family’s passion and feeling for the worth of wine that led one of its members to devote himself body and soul to the wineries, an effort that he has carried on to this very day.