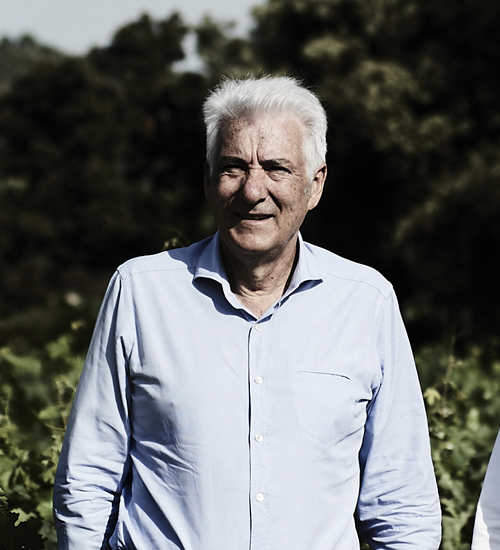 (Oyón, Álava, 1958).Carlos belongs to the fourth generation of Familia Martínez Bujanda, a group dedicated to vineyard growing and wine making since 1889. He is President of the company Familia Martinez Bujanda and one of the executive members of Grandes Pagos de España, an association of Spanish wine estates which defends and spreads the Estate Wine culture; the specific land that reflects the unmistakable personality of the soil, the subsoil and their climate, opposite to the industrial wine elaboration.

Carlos is a graduate in Economic Science and Business Administration by the Deusto (Bilbao) University. After university he assumed commercial responsibilities in the family business, with a first period dedicated to consolidate the domestic market and later to the export markets.
During his commercial management he started an ambitious internationalization process that led the winery group to be present in 60+ countries around the globe and reach an export share of 70% of the production.

He, together with his sister Pilar, they conceived the concept of “estate wine” that is today the characteristic of Familia Martínez Bujanda elaborations: Finca Valpiedra (Rioja), Finca Antigua (La Mancha) and Finca Montepedroso (Rueda); these are extraordinary investments in the estates where they are built, single vineyards and wineries at the service of the personality of the soils where they are settled. They are the result of this enterprising spirit and part of w2hat makes up the difference between Familia Martínez Bujanda and most of the other historic wineries coming from Rioja.

Familia Martínez Bujanda has five wineries in four different appellations and employs more than 110 people in this dream of elaborating quality wines, with the personality of the characteristic nature of the vineyards.

Carlos Martínez Bujanda belongs to the fourth generation of this winegrowing family, but the fifth is already in place with his two children, Borja, graduated in Economy and Law, and Adrián, graduated in Law and Politics Science. It is just a question of timing as to their incorporation in to the family business.