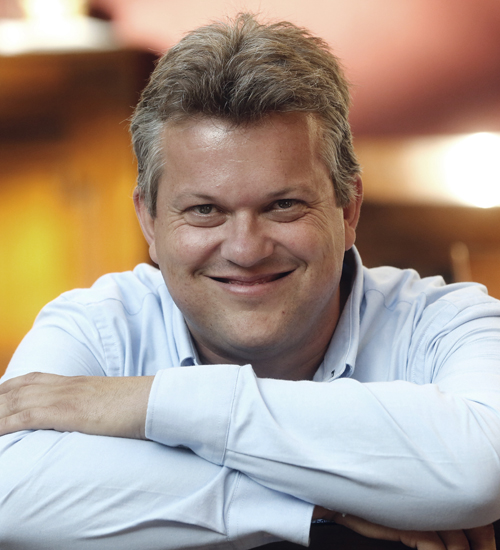 It is difficult to find a symbiosis, a commitment, as the one that the winery has found with Lauren Rosillo, technical director and one of the biggest connoisseurs of viticulture and enology in the country. He controls and supervises the 700 hectares of vineyards that Familia Martínez Bujanda grows in Rioja, Rueda and La Mancha with the aim of elaborating honest, sincere wines which reflect the soil’s personality that regardless of trends transports those who taste these wines to these extraordinary landscapes which are carefully selected for the elaboration of wines.

Lauren Rosillo (Villarrobledo, Albacete, 1975) is an Agronomist by the Albacete University and graduated with a degree in Enology by the Miguel Hernández University (Elche), a vocation that he had in his first years of his professional career. He is an author of a number of publications and investigations in the fields of viticulture and enology and is an Agricultural Teaching collaborator, at the Technical High School of Agronomists in Albacete.

In 1997 he starts to work as second enologist and responsible for the winery and vineyards at Manuel Manzaneque (Albacete), under the technical direction of the prestigious French enologist Michel Podou. Hardly three years later, he took over the highest responsibilities in vineyards and winery of Manuel Manzaneque.

In 2002 he joins Familia Martínez Bujanda as technical director of vineyards and winery of Finca Antigua. As of then this new La Mancha project that had been growing and developing under his supervision.

Rosillo learned firsthand, with visits to New Zealand and Australia, about their elaboration of white wines and is co-responsible for Familia Martínez Bujanda´s bet to elaborate white wines with personality in the DO Rueda; a project that led to the opening of Finca Montepedroso in 2012..