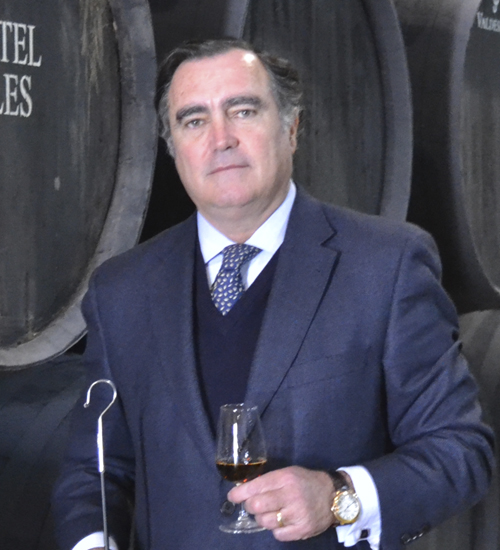 José Ramón Estévez Puerto studied business administration. He has held various management posts during his career in the family group of companies, being appointed director general in the year 1999 and president of the firm in 2006.

Having always championed the land and the wines of the region, and following the acquisition of Félix Ruiz y Ruiz (1974), Marqués del Real Tesoro (1985), AR Valdespino (1999) and La Guita and M Gil Luque (2007), the José Estévez bodega group is the leader in promoting authenticity and placing importance on the the Jerez región as the origin of its products. It has increased its vineyard holdings by buying vineyards in the most historic and emblematic pagos of Jerez: Macharnudo, Carrascal, Corchuelo and Lomopardo which currently total 800 hectares, making the firm the largest vinegrower in Jerez, and indeed in Andalucía.

Valdespino is the perfect harmony of the artisan production of Sherry and the most modern and specialised technical advances which really shine through in the single vineyard wines.