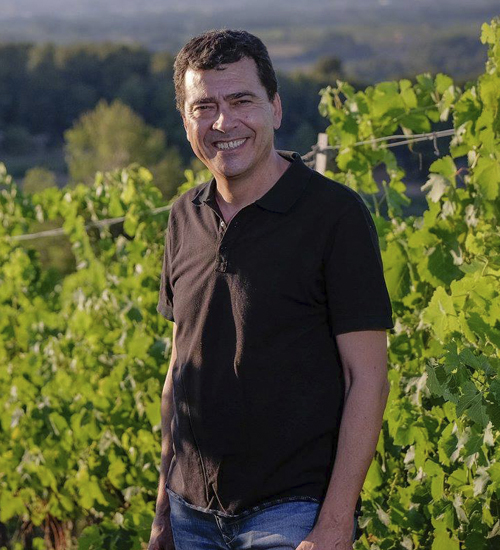 Owner and Winemaker on Cérvoles

Tomàs Cusiné Barber started in 1985 making wine at Castell del Remei winery. With this company, and while on the lookout for mountain lands and vineyards, Tomàs also found Cérvoles winery in 1997. In 2003, in the same area, he decided to start out on his most personal project to date, which ended up becoming the winery that bears his name in the village of El Vilosell.

Expert in the DO Costers del Segre wine region, he go over the limits imposed by the designation of origin and create the Cara Nord cellar, Conca de Barberà, Montsant.

His work as a winemaker is enriched by his expertise in the asamblage of wine, where he is recognised as one of the greatest experts in the field.

Tomàs Cusiné leads one of the most genuine winemaking groups in the country, with a total production of approximately 1,200,000 bottles, 50% of which is exported to more than 40 countries spread out over five continents. His wines have been singled out by prescribers, sommeliers, critics, oenological guides and specialised “medias”.