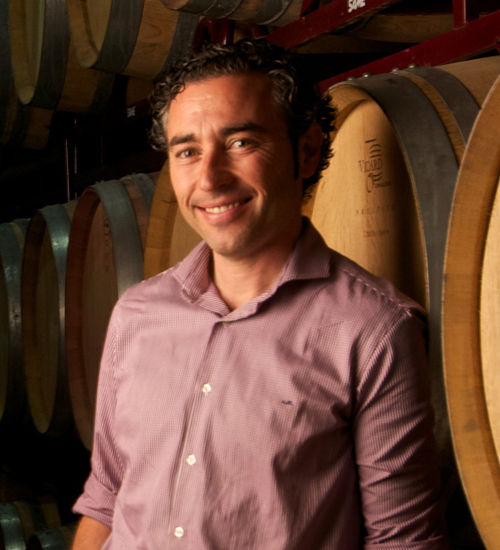 1992-97: BACHERLOR’S DEGREE IN COMMERCIAL MANAGEMENT AND MARKETING by ESIC, Valencia
1998: MASTER IN WINE VITICULTURE, ENOLOGY AND MARKETING, Murcia.
Feb 2005: SPECIALIZATION IN OLIVICULTURE AND ELAIOTECHNICAL by the UPV (Polytechnic University of Valencia)
April 2007: SPECIALIZATION IN GRAFTING OF THE OLIVE TREE by the Valencian Institute of Agrarian Research.

In 1989, Bodegas Enrique Mendoza, a familiar winery belonging to the Alicante Designation of Origin, was founded.
From the beginning it was always conceived as a different winery with its own vineyard, with foreign varieties without forgetting the native varieties, with greater involvement in quality than quantity, with greater investments in field technology than in the winery itself; In short, creating wine from viticulture and not so much from Enology.
In 2004, Bodegas Mendoza joins Great Vineyards of Spain. (Grandes Pagos de España) A wine-growing association from whole Spain that defends the culture of paid wine produced in a specific terroir and that reflects the unmistakable personality of the soil.

In 2005, the elaboration and commercialization of another Mediterranean product began, the virgin olive oil with native varieties located mainly in the interior of the province of Alicante. In this project, the recovery of our autochthonous varieties has always been the central axis, some of them in danger of extinction due to the pressure of other sectors on agriculture.